Coach Maddox is the Assistant Head / QB Coach at Union High School in Tulsa, OK. He is also a co-owner and Camp / Curriculum director for NFA’s Quarterback Academy. He previously served 13 years as the Offensive Coordinator and QB Coach for the nationally ranked 13 time 6A State Champion Jenks Trojans in Oklahoma.

Coach Maddox is considered to be one of the leading experts in QB training and offensive scheme tactics in the country. He is a 4x author and creator of the revolutionary R4 system. The R4 system is a reads and recognition system that is used to accelerate decision making for QB’s and provide sound offensive concepts for their coaches.

Coach Maddox was selected at #16 behind Tony Dungy and Pete Carrol in the HUDL Top 100 Awards as innovators that have changed the game of football. His books Headset to Helmet, Adapt or Die, What is Open?, and Capology are becoming a foundational and must have tool for every football program.

Coach Maddox spends the off-season traveling across the country teaching and training quarterbacks. He is also a coaching consultant for football programs on offensive scheme design and implementation. He is passionate about using the game of football to build great men on and off the field.

In 1988, graduating as an All-American QB at the University of Central Florida, Coach Slack founded National Football Academies. He… 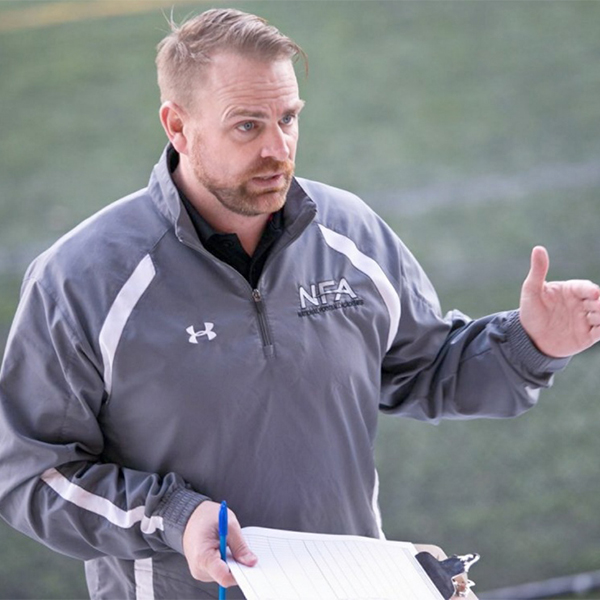 JC Boice is a Senior Quarterback Coach and Managing Director for NFA. Coach Boice thrives on developing quarterbacks. Raised in…

TwitterFacebookInstagramPhone NumberEmailWebsite
Copyright NFA's Quarterback Academy 2023 - All Rights Reserved
Website by Corporate Marketing Team Inc.
Back To Top
We use cookies on our website to give you the most relevant experience by remembering your preferences and repeat visits. By clicking “Accept”, you consent to the use of ALL the cookies.
Do not sell my personal information.
Cookie settingsACCEPT
Manage consent

This website uses cookies to improve your experience while you navigate through the website. Out of these, the cookies that are categorized as necessary are stored on your browser as they are essential for the working of basic functionalities of the website. We also use third-party cookies that help us analyze and understand how you use this website. These cookies will be stored in your browser only with your consent. You also have the option to opt-out of these cookies. But opting out of some of these cookies may affect your browsing experience.
Necessary Always Enabled
Necessary cookies are absolutely essential for the website to function properly. These cookies ensure basic functionalities and security features of the website, anonymously.
Functional
Functional cookies help to perform certain functionalities like sharing the content of the website on social media platforms, collect feedbacks, and other third-party features.
Performance
Performance cookies are used to understand and analyze the key performance indexes of the website which helps in delivering a better user experience for the visitors.
Analytics
Analytical cookies are used to understand how visitors interact with the website. These cookies help provide information on metrics the number of visitors, bounce rate, traffic source, etc.
Advertisement
Advertisement cookies are used to provide visitors with relevant ads and marketing campaigns. These cookies track visitors across websites and collect information to provide customized ads.
Others
Other uncategorized cookies are those that are being analyzed and have not been classified into a category as yet.
SAVE & ACCEPT